I am a romantic. I like romantic movies, love songs, romance books, well, you get the idea. Don’t get me wrong—you are not going to find me with a Harlequin romance or a “Bodice-Ripper” on my morning commute. I will, if under duress, admit to reading 50 Shades of Gray on the subway but found that to be neither a convincing romance nor all that sexy.

No, I like my romances a little classier and a little more old-school. Nothing says romance to me like Jane Austen. My copies of Pride and Prejudice, Sense and Sensibility, Emma, and Persuasion are well-worn and much beloved. No disrespect to Mansfield Park or Northanger Abby intended—they have their place in my reading rotation as well, but Fanny Price is just a little too serious for me, while Catherine Morland is just a little too silly.

If asked, I would be hard-pressed to tell you which of Jane Austen’s books are my favorite. At times, Pride and Prejudice is the true stand out—what woman couldn’t find something to admire in smart, witty Elizabeth Bennett? At other times, I have gravitated to Emma, perhaps Austen’s most flawed heroine, whose utter lack of insight into herself and others is often as charming as it can be painful. I have a special place in my heart for Persuasion’s Anne Elliot, the only voice of reason and restraint in an otherwise foolish and self-absorbed family. Despite being eight years earlier dissuaded by those around her from the one match that would have truly made her happy, Anne matures into a woman who is not persuaded easily to abandon her own morals, instincts, and common sense. But perhaps Sense and Sensibility is my true favorite. I feel like I have been both impulsive, passionate Marianne and matured into Elinor, the rock of her family as they lose both beloved family member and their childhood home.

Austen fans read her books for the strong well-drawn female characters, the social satire and of course, the romance. Jane Austen’s male characters make both the most painful, absurd and comical declarations of love and marriage proposals (look no further than Mr. Collin’s proposal to Elizabeth Bennett in Pride and Prejudice) and also make the most beautiful and memorable in literature.

There is Mr. Darcy: “I cannot fix on the hour, or the look, or the words, which laid the foundation. It is too long ago. I was in the middle before I knew that I had begun.”

Mr. Knightly: “If I loved you less, I might be able to talk about it more.”

And of course, there is Captain Wentworth’s passionate letter to Anne Elliot: “I can listen no longer in silence. I must speak to you by such means as are within my reach. You pierce my soul. I am half agony, half hope. Tell me not that I am too late, that such precious feelings are gone forever. I offer myself to you again with a heart even more your own than when you almost broke it, eight years and a half ago. Dare not say that man forgets sooner than woman, that his love has an earlier death. I have loved none but you. Unjust I may have been, weak and resentful I have been, but never inconstant.”

As Edward Ferras’ declaration to Elinor Dashwood was only hinted at in the book, the writers of the superb 1995 Ang Lee Sense and Sensibility movie adaptation fill in the blanks in a way that still makes Austen fans swoon (“I’ve come here with no expectations, only to profess, now that I am at liberty to do so, that my heart is, and always will be, yours.”)  In short, Austen’s male characters have been slaying it in the romance department since 1811.

The problem with the Austen books, and with most romantic movies, books and songs, is that they fade to black after the declaration of love or right after the marriage ceremony. As though the declaration of love or the “I do”s is the Win. Or that scoring the declaration and/or the marriage ceremony is the “hard” part and that after that it is all smooth sailing from there. I won’t deny that planning a wedding can be a true test of a relationship—believe me, just figuring who can be put at a table together at the reception sometimes calls for U.N. level negotiations when you have fathers, mothers, step parents and that uncle whose company no one enjoys after he’s had a few beers. But romance in popular culture does little to model for us the really hard work—negotiating a long term marriage.

I suspect that earlier in American history and in countries where it is not common for future spouses to live together before the wedding, the first few years of marriage are spent simply adjusting to “Who is this person I am living with?!”  and “How did I not know prior to the wedding that s/he leaves dirty underwear on the floor?”  Or, in my case, “Why is it that my TV is ALWAYS on ESPN when I turn it on?” despite the fact that my husband told me “I don’t really watch sports” while we were dating. For those of us who do live with our future spouses prior to marriage, we have already learned that marriage, unlike courtship, is more about the tedium of keeping a household running and childcare than grand romantic gestures and swoons.

When I was in my 20s, my relationship rarely lasted long enough to shift from giddy getting to know each other and romantic dates and meeting each other’s families to the more mundane. Having lived with my husband for five years before we got married, we had already long entered the state where our relationship, by necessity, had turned away from intimate dinners at BYOBs and started to be more about the laundry, yard work and menu planning.

It’s not that romance became less important as this relationship progressed, but over time having clean work clothes, a mowed lawn and staying within a food budget became more important after we had officially achieved “coupledom.” Alright, maybe some of these things stay unimportant to us in our early 20s, but into most maturing adults lives comes the desire for clean socks. And a fed kid. Hungry kids are REALLY demanding.

There is a popular quote about marriage that says that “A successful marriage requires falling in love many times, always with the same person.” I do agree with this to a certain extent but I think that there is more to it. I found this quote that I think gets a little more to the heart of the matter, “A successful marriage isn’t finding the right person- it’s being the right person.”

A successful marriage requires that we keep consciously making the choice, particularly when the tedium is at its highest and we feel furthest away from our spouse, to NOT take our spouse for granted. To try to see our spouse again with the same eyes we had when we first met. To try to see them as a stranger might see them when they meet for the first time. To remind our spouse with our actions (an unexpected kiss, a hug, a genuine compliment of something you appreciate about them, their favorite dinner, Phillies tickets, or a bouquet of flowers) that they are still worth our romantic attentions. That they still matter enough to us to shave our legs/shower/change out of the sweats we have been wearing for the last three days. Words matter too—there is always a good quote from Austen. I don’t think that you can go wrong with, “You must allow me to tell you how ardently I admire and love you.”

And if Austen in not your style!?  My current modern favorite is James Arthur’s Say You Won’t Let Go: “When you looked over your shoulder/For a minute, I forget that I’m older/
I wanna dance with you right now/Oh, and you look as beautiful as ever/And I swear that everyday you’ll get better/You make me feel this way somehow.”

This article was written by Guest Blogger Christine Ray . Christine writes articles, poetry and fictions on her website Brave And Reckless.

7 thoughts on “Jane Austen, Her Romance and My Love” 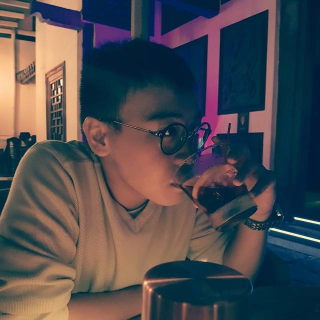